Own Import From Burma

Buddha statues are famous all over the world for their symbolic importance both in a religious way and spiritual way. They are the ultimate symbol of peace, fortune, contemplation and generosity for every human being. They signify various objects and principles in Buddhist Mythologies. These statues are also held as an important symbolic object for the people who are enthusiasts of Buddhist meditation. Buddhist principles like Noble Eightfold Path, Four Noble Truths, wisdom, balance, peace, compassion and generosity are represented by the Buddha statues, depending on the nature of the Statues.

Burma or Myanmar, as it is called these days, is famous for its Buddhist art. With peculiar styles and their historical importance, Burmese Buddha statues and other Buddhist sculptures are popular for their uniqueness and are very rare in the world, especially the ones which are from 19th century. With a rich history and culture, coupled with beautiful and artistic styles of Burmese Buddhas, these antique and rare statues are sought after by many collectors all over the world.

We have the largest collection of these rare and antique Buddha statues. Most of our Buddha statues are originating from Burma. We have imported all our Burmese statues of Buddha and other Buddhist sculptures as well as artifacts by ourselves after a thorough research and visits to the Southeast Asian country every six months in a year. It has been possible for us to find many authentic, rare and antique Buddha statues for us from Burma as the nation was isolated for many years. There are still lots of these rare artifacts hidden in many Buddhist monasteries, temples and in the houses of private collectors in Burma. Over 80 percent of the Burmese population adheres to Theravada Buddhism. This is the oldest and purest form of original Buddhism.

Because of our many travels to Burma, we have established a special relationship with various dealers, monasteries, Buddhist temples and personal collectors who want to part from their special artifacts. This makes us possible to buy the most special and antique Burmese Buddha statues and export them to our gallery in the Netherlands to keep them on sale in reasonable prices. 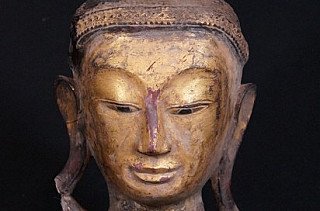 Burmese Buddha statues - Buddha images and Buddhist sculptures have many different styles, different poses known as Buddha statues Mudras and date back to many periods in Burma. Each of the styles have their own history as well as origins while they all differ according to the area of region too.

A few of the most common styles / periods of Burmese Buddha statues  are: 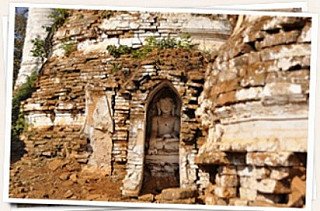 Besides Burmese Buddha statues, we also sell other Burmese art:

Want to sell your antique Buddha? We buy your antique Buddha statue at a reasonable price!

Many sandstone statues from India arrived 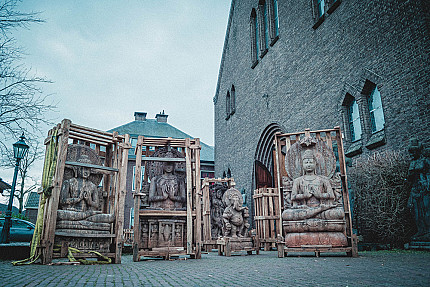 Great & timely interaction with the proprietor. High-quality shipping standards & a fast delivery! It goes without saying, that the products are of the highest quality as well. Many thanks! "